It's Pepy's first game, and you're in control of how big. Shake as much as you can in 10 seconds to see how far you can fling Pepy across the galaxy. 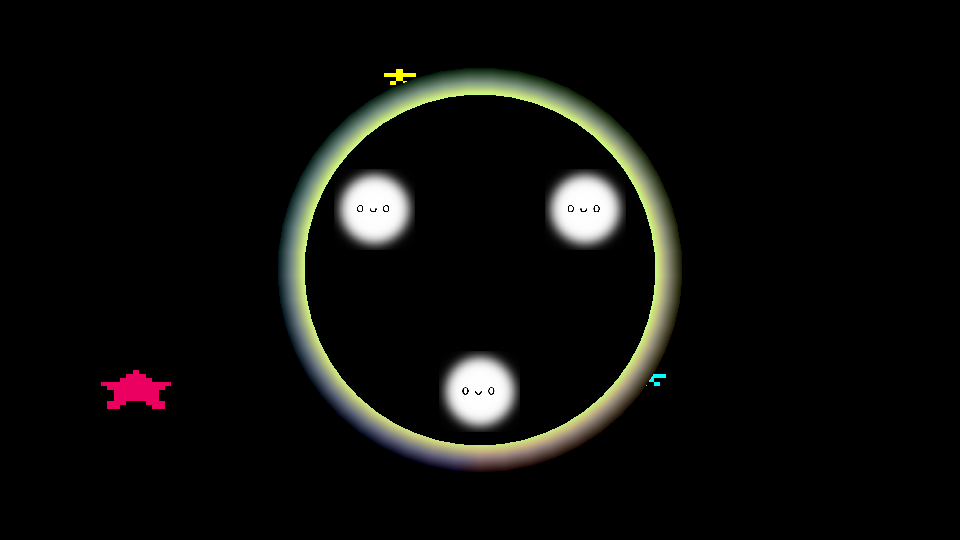 Pepy is currently in-development. Public builds for the web and Android are expected to be released soon. For now, you can follow the instructions below to build from source on Linux.

Building from source on Linux

This game currently requires Linux to build from source. To build on Linux, clone this repository, using the --recursive flag to also get the SPACEBOX framework as a submodule:

Follow the instructions for running SPACEBOX, particularly the Installing Requirements section. Once you've installed all the requirements of SPACEBOX, make sure the paths in Makefile match the ones on your system. For example, the path to SDLCONFIG may have to be updated to match the location where you installed SDL. Afterward, you should be able to run make:

If you would like to make a web build, first install Emscripten, and then make sure EMSCRIPTENHOME in the Makefile is set to your Emscripten directory before running make:

The goal is to fling the balls as far apart from each other as possible. The size of the area covered by the balls is the player's score. The player builds up energy by shaking the balls for 10 seconds, then they are automatically flung into space.

Click and hold the mouse button to grab. Drag the mouse while grabbing to shake.

Use the arrow keys to shake.

This is the first game planned for an online arcade at https://shampoo.ooo. It is also one of the first games made with the SPACEBOX game framework. The initial prototype was made for UWILLNOTLAST10SECONDS.